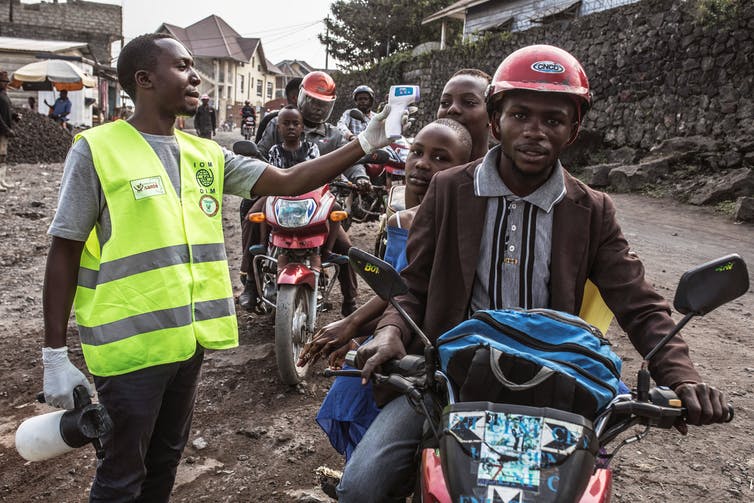 How outbreaks like Ebola extract huge social and economic costs 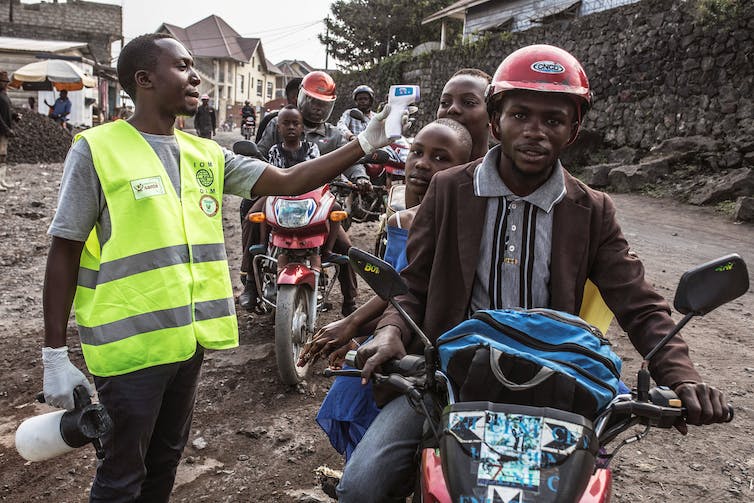 Epidemics, or infectious disease outbreaks, are invariably disruptive and tend to have far-reaching effects on individuals and communities. Humanity has endured a myriad of epidemics, some of which have wiped out entire communities.

The impact of an epidemic depends on a range of factors. These include the level of contagion, availability of effective remedies, the responsiveness of health systems and the impact on human life such as disability and death.
Other factors can play a part too; for example, asking people to change their behavior or prevailing social norms. With big epidemics such as HIV/Aids and Ebola, loss of family members means economic and social hardship for many dependants.

The risk of disease outbreak is an ever-present threat and currently, the situation is aggravated by a number of factors. Some of these include a growing human population, fast public transport systems, urbanization, and dense housing systems, and unsustainable exploitation of the environment which brings humans into contact with wildlife, and the infectious diseases that spread between animals and humans.

All these increase the chances of disease outbreaks occurring and spreading fast. The situation is also compounded by weak surveillance systems that are unable to detect and respond early.

So what are the potential consequences of infectious disease outbreaks? To answer the question, I grouped the impact outbreaks can have into different categories – international, national and community.

I also highlighted some of the less expected or unforeseen consequences that have been reported using the current Ebola outbreak in the Democratic Republic of the Congo (DRC) as an example.

Impact at international and national levels

Epidemics can disrupt trade and service delivery through travel restrictions and lost productivity due to illness and death. The West African Ebola outbreak is estimated to have knocked more than US$2 billion off the GDPs of Guinea, Liberia, and Sierra Leone. This was mainly due to a slowdown in private sector investment, reduced agricultural production and cross-border trade, and travel restrictions.

There can also be massive social ramifications where prohibitions are imposed on travel, socio-cultural events, and schooling.

Healthcare systems are also affected. When resources are diverted, entire public health systems are weakened. This can lead to reduced use of services, reduced quality of care, and the emergence of other diseases. Often when a country goes into “emergency mode”, accountability measures are relaxed, allowing neglect and corruption to take root.

Where epidemics are confined to communities – which is often the case – resources are redirected from elsewhere to help stem the epidemic. While this might be well-intentioned, it could be viewed as restrictive and discriminatory. The consequences of this might include social unrest, a breakdown in social norms, and disruption in social life.

In addition other services, especially preventive care at the community level can suffer. This exposes entire communities to other health challenges. During the Ebola outbreak in West Africa service delivery reduction for other conditions was estimated at 50%. This resulted in a sharp rise in deaths from preventable conditions, such as measles.

Another consequence is that people’s social lives are disrupted. For example, funeral processes are sometimes banned and other social activities and festivities restricted. In 2014, the funeral of a well-known traditional healer in Sierra Leone was linked to over 365 Ebola-related deaths. Her death was a trigger for the spread of the disease in Sierra Leone and neighbouring Guinea.

The result of this was that local communities had to be taken through alternative ways of safely interring their loved ones in a dignified manner. While it was not an overnight success, the number of infections stemming from the handling of corpses reduced significantly.

Coping with epidemics also has a political consequence. In the DRC national elections were delayed in the eastern region owing to the heightened risk of Ebola infection. Citizens also tend to feel that their governments are not acting fast enough especially when infection rates seem to be skyrocketing. This leads to resentment and instability.

Dealing with the unexpected

There are instances when epidemics are hard to manage because of unforeseen circumstances or unexpected consequences. The Ebola outbreak in the DRC is a case in point.

The eastern region of the country has experienced armed insecurity for decades. Millions of lives have been lost. The presence of the central government – its influence and administrative authority in the region – remains weak.

Insecurity and expansion of the epidemic seem to be mutually reinforcing and fuelling each other. Due to the violence that has been directed at both the civilian population and the healthcare system in recent months, there have been massive displacements. This, in turn, has hampered service provision and seeking professional health assistance. Eight months into the epidemic, rebels in DRC were reported to have murdered some health professionals, as well as demolishing a treatment and containment center.

Another example of an unexpected hurdle is when misconceptions abound and epidemics are poorly understood. This is particularly the case when there’s no effective vaccine or treatment. Again, the DRC and West Africa outbreaks are a good example of this: most people believed in the power of saltwater baths and traditional medicine as an effective way of treating the infection.

In other reports, people in eastern DRC are said to believe that the disease was introduced deliberately by outsiders for selfish and business intentions. A survey published in The Lancet revealed that about 26% of respondents did not believe the Ebola outbreak was real.

This definitely affects healthcare provision and often fuels conflict between the public and service providers.

The probability of the occurrence of emerging and re-emerging epidemics is high, and the potential impacts are grave. As human beings, we can only hedge against this through prevention, active surveillance, awareness creation, developing effective methods of containment, as well as developing new vaccines.

The international community must invest more in healthcare systems.