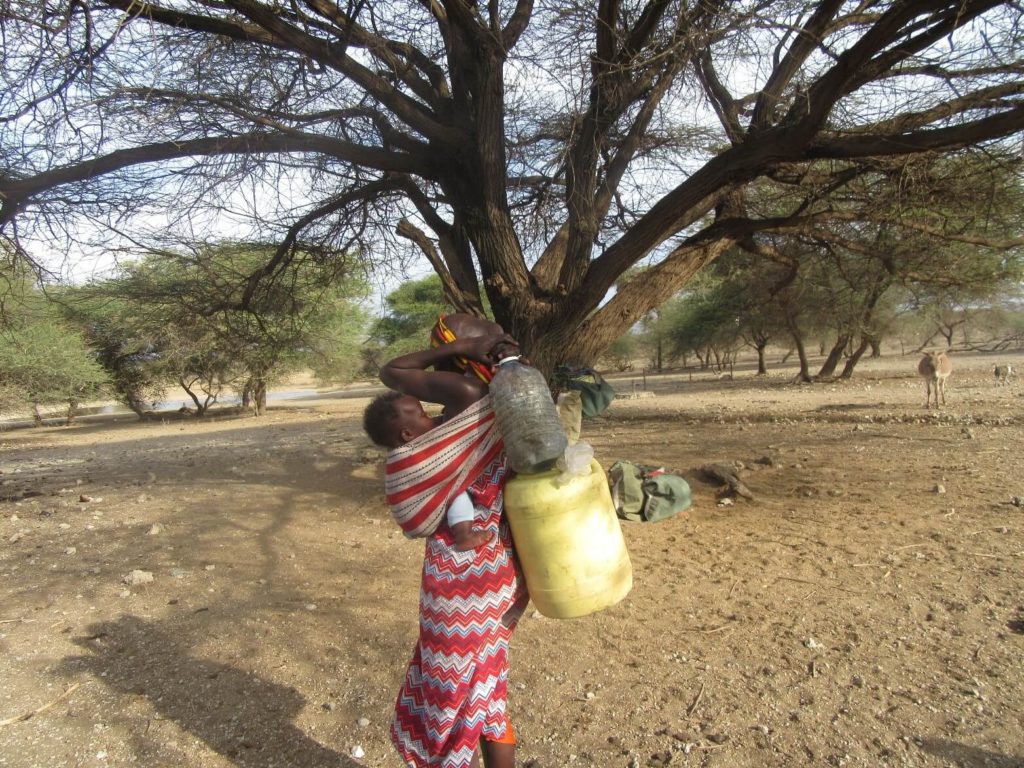 Many cultures regard the issue of food and feeding the family as the role of the woman. Women are expected to source for food, prepare it and serve to their families. While society’s view on this issue may be changing, the Maasai community still considers matters related to food and nutrition primarily as a woman’s responsibility.

This was confirmed in a community engagement project implemented by the African Population and Health Research Center (APHRC) among the Maasai in Kajiado County, located southwest of the Kenyan capital, Nairobi. The project was carried out in two communities – Lenkobei and Oloika.

The project called Voices for Action, examined the vulnerability of Maasai women and children to food and nutrition insecurity as well as solutions that would enhance security. We initiated it following an earlier public engagement project in Kajiado which showed that food insecurity was one of the key factors influencing breastfeeding practices of women in the Maasai community.

While the common cultural perception is that improving household food and nutrition security is a woman’s responsibility, in reality, their ability to do so is limited by their perceived  lower status  in the Maasai community. Findings from the APHRC study  show that gender inequality increases their individual and household vulnerability to food and nutrition insecurity.

Some of these findings include:

Women do not have the autonomy to make decisions about food that is bought for the household. Among the Maasai, men are the ones who primarily buy food for the household while the woman informs them on what is needed. The men indicated that depending on how far the market was, they would decide if it made sense to buy perishable foods like vegetables, or non-perishables like dried beans and maize. The only women who appeared to be able to make independent decisions on food purchases were those with small businesses as they earned an income which boosted their buying power.

Another issue was that of pregnant women not being allowed to eat “too much”. This is thought to prevent the baby getting big which may lead to delivery complications. Though this practice is declining in the community, APHRC research revealed that many pregnant women were overworked and underfed, leading to health complications. In many cases, the pregnant woman did not have a choice about the intensity of work done, she had to do as directed by her husband or mother-in-law.  Overworking the pregnant woman was also seen as a way of keeping her from growing big which could lead to delivery complications. This decision was either made by the husband, the father- or the mother-in law.

One of the Maasai woman’s main roles is fetching water for the household. During the dry season, women walk long distances to find this valuable resource. The women are not allowed to carry food while fetching water as it is taboo for them to be seen eating by members of other age groups. Instead they have to wait until they get home to eat, which in most cases would be after six to eight hours.

“We have water shortage, our source is far away and it is not clean. You can have food but no water to prepare it….the distance is about 6 hours to and from the dam,” said a young Maasai woman.

After all the hard work outside the home during the day, more work awaits the Maasai woman at home.

“You can see her (pregnant woman) looking after livestock, carrying water and she is probably expected to come back in the evening and cook. This is risky for the child and mother’s health. She needs to rest but she has no option,” explained a young mother.

During mealtimes, women are expected to eat last including pregnant and breastfeeding mothers. In cases where there is insufficient food, children are fed first and the adults either forgo eating or have reduced portions. In some cases, if the man has brought something like one bag of maize flour, the woman prepares ugali (starchy maize dish) for him and porridge for her and the children, so as to ensure the flour lasts for several meals.

Sometimes the man may leave the homestead to buy food and not return for several days. In such cases, women are not allowed to slaughter animals even if there was no food in the house. Instead, they would have to borrow from their neighbors who may be similarly impoverished.

The findings above show that Maasai women in the communities of Oloika and Lenkobei have little autonomy. This increases their individual and household vulnerability to food and nutrition insecurity.

In the midst of all the challenges that Maasai women face, there is a glimmer of hope as there is greater awareness within the community about the need for pregnant women to eat well. However, this knowledge is still not applied widely enough.

Our findings point to the need to empower women by providing support which would enable them to start businesses and strengthen their financial status. As noted earlier, women who ran a business and earned an income had greater autonomy in decision making on their household food needs. It will also be necessary to further increase awareness within the community on the importance of supporting pregnant women to ensure healthy pregnancy outcomes for both the mothers and their newborns.