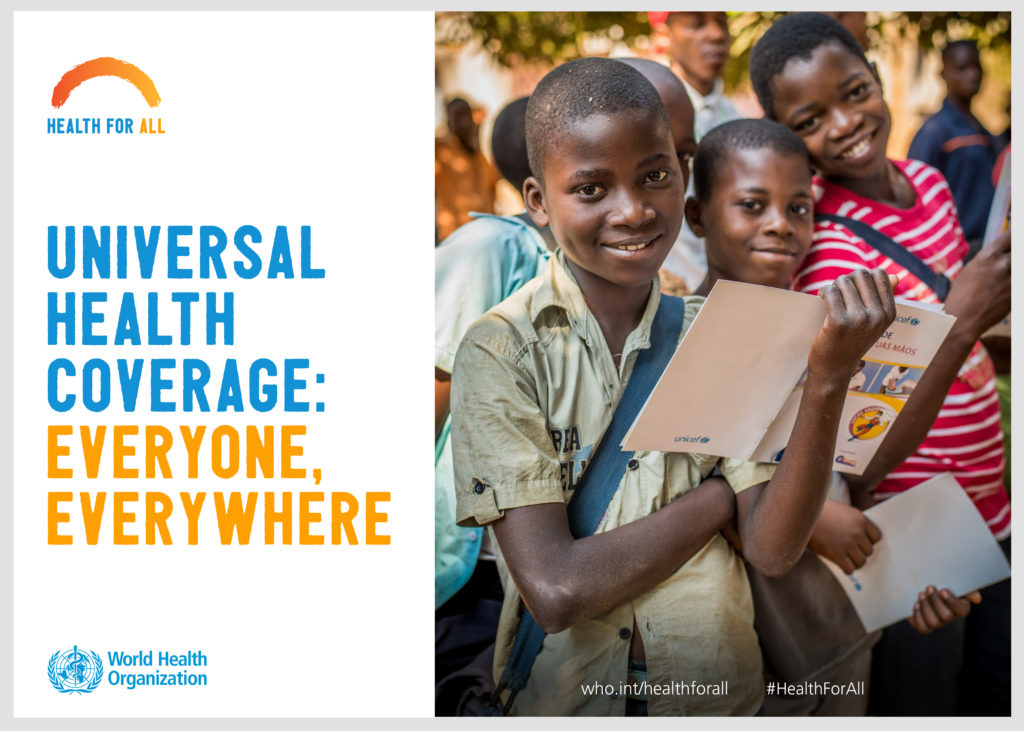 Universal Health Coverage (UHC) is high on the agenda as we celebrate World Health Day once again this year. Simply put, UHC is about ensuring that individuals and communities receive quality essential health services where and when they need them without facing huge financial barriers. In Kenya, President Uhuru Kenyatta has earmarked UHC as one of his “Big Four” development agenda items in his second term in office with target of achieving UHC by 2022. 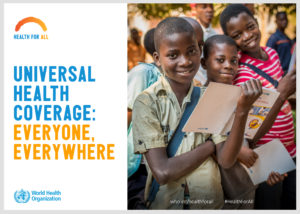 The renewed call for UHC follows on 40 years of efforts since the Alma Ata declaration called for Health for All. Efforts have been redoubled with the passage of a United Nations General Assembly resolution in 2012 calling on governments to accelerate the transition towards universal access, followed up with the promise of the Sustainable Development Agenda to “Leave No One Behind.” UHC is features in Target 8: achieve universal health coverage—which is good news since we know that we measure what we value.

But beyond all the talk and political commitments, are African countries ready to do the heavy lifting required to institutionalize UHC by 2030? How will it be funded? Will they be able to measure progress (or lack of it)?

Across sub-Saharan Africa, populations continue to grow rapidly. The World Population Prospects: The 2017 Revision projects that 26 countries in Africa will double their numbers by 2050. Even with steady economic growth in some countries in the region, many national health systems are too frail to meet basic health needs, and in fragile or conflict-affected countries, the situation is more dire.

To achieve UHC, we cannot continue down the same path for another 40 years. We must do things differently; that means harnessing efficiencies, holding our government officials accountable, and investing more in health, more strategically. Maintaining current levels of health financing from governments will not allow us to reach the UHC targets by 2030; with projected population growth, static funding won’t even allow us to keep pace based on the needs of growing (and aging) populations.

The 2001 Abuja Declaration, for instance, recommended that countries in the region should allocate at least 15% of their GDP on health, but to date, only a handful of countries including Rwanda and Togo have reached the target; many are not anywhere near even 10%. According to a 2011 review by the World Health Organization (WHO), 10 years after the Abuja declaration, 27 countries increased their domestic health allocations (though it is unclear if the increases have been sustained since the analysis was completed); seven reduced their health budgets, and 12 showed no change.

The current framing of health in general and UHC in particular as a human rights issue might be part of the problem. Many of us believe that health is a right, but we know that in this part of the world, respect for rights, including the very fundamental ones such as right to life, freedom of association, and security are tenuous at best.

Leaders who are not persuaded by a rights-based arguments might be compelled by an economic one.  That’s why I believe we should be talking about the demographic dividend at every opportunity. The economic boon available during a demographic dividend is only possible when a large, skilled, working-age population outnumbers their dependents. Getting there requires improvements in child survival and health, less children per family, a well-educated and trained workforce.  Such improvements will take increased, targeted investments in the immediate term in contraception, health, education, and jobs means greater prosperity for all in the medium-term.

With a demographic dividend, the potential for economic growth and social progress is not a given—it requires planning based on available data. The potential economic and development benefits of capturing this opportunity is too great to ignore.

No doubt better health directly contributes to a more productive population, which is at the heart of any developed economy. Compromised health becomes a critical issue when a large number of people are affected over a short period of time as happens in epidemic situations. The obvious example is the loss to economies resulting from adult AIDS deaths in the 1990s. Indeed, President’s Emergency Plan for AIDS Relief (PEPFAR) was created after HIV/AIDS was recognized as a humanitarian, economic, and security issue across the globe. More recently, we saw the huge human toll, and also the ongoing economic burden, wrought by Ebola in West Africa. Health investments are not only the right thing to do, but the path to shared prosperity.