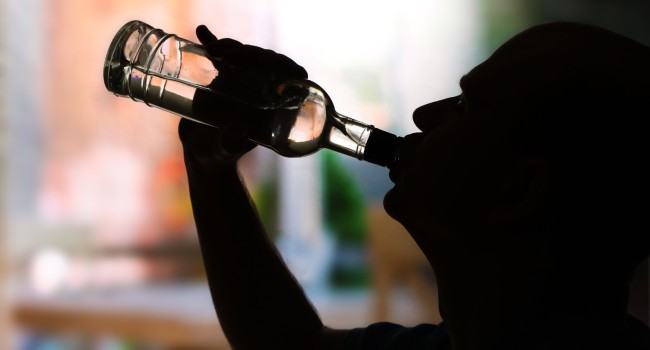 Dealing With the Alcoholism Epidemic Through Social Mobilization

Excessive alcohol consumption is influenced by factors in the social environment which could be situational and/or interpersonal. In Kenya, the problem is rampant in all regions of the country as statistics indicate. Stories coming from different parts of Kenya have portrayed a desperate situation; of people dying in numbers from the consumption of alcohol, almost always illicit brew laced with death. Recently we have been treated to a spectacle coming out of Central Kenya, of men, both young and old, sold out to the bottle. These recent events have only served to remind the whole country of the irreversible effects of alcoholism, which has led to many deaths.

The socioeconomic effects of alcoholism on an individual and the community can only be understated. Alcohol related suicide, murder and accidents are on the rise. Victims of alcoholism are more like to suffer suicide ideation, liver cirrhosis, sexual disorder, infertility, and certainly reckless behavior. Loss of productivity exerts burden on household expenditure, financial and property mismanagement, reduced employability, and crime victimization. Children of alcoholic parents often develop a poor self-image and have problems in school as they have difficulty establishing relations with teachers and/or classmates. Adult children tend to be of impulsive behavior and may have a problem with family responsibility due to the irresponsible upbringing. And for many spouses, they are forced to play roles of both parents as one is caught up in alcoholism. The amount of money spent on alcohol and a possible loss of sources of livelihood often leave alcoholic families with financial strain to contend with. Due to the reckless nature of alcoholics, other members of the community may be affected in more ways than one. 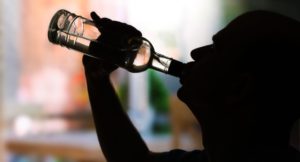 More broadly though, incidences of hit and run from drunk drivers, spread of diseases such as HIV/AIDS tend to be on the rise. This situation impacts negatively on the economy as resources used to reverse its losses would otherwise be subjected to activities of economic gain. For instance, many pundits have said that the men confined to drinking in Central Kenya have become less productive and have neglected their family duties. Some have gone as far as relating the current trend where fewer children are being admitted to nursery schools in the area as an outcome of the alcoholism problem!

Not willing to take it any longer, many of the affected communities have called for action. Following this agitation for change from the people, the government has finally taken the bold step to tackle this menace, first by getting rid of the so called second generation alcoholic brews identified as the major source of this evil. Suppliers and stockers of these brews have been targeted in an operation supervised by the elected people’s representatives -Members of Parliament. Their shops have been broken into, the drinks poured and set on fire. The actions have been lauded as the first step in fighting this monster which has caused irreversible damage and brought a heavy socioeconomic burden to these communities.

Some have however branded this strategy as unsustainable. Even ineffective. There is fear that with time these suppliers and stockers, buoyed by the demand for the alcohol by their ever growing clientele, will find their way back to the system. When the temperatures cool, we all will forget and go back to our old ways, and the scourge will creep back in.

What other strategies exists? How else can we approach this war in order to triumph against this evil monster?

Social mobilization is a process that raises awareness and motivates the people affected by an issue to demand change. It incorporates elements like advocacy and awareness, social marketing, behavioral change communication and capacity strengthening. This strategy can work well in addressing alcoholism and alcohol abuse, whose risk factors are mainly peer pressure, work related stress, unemployment, idleness, and family issues; with the latter being an issue affecting mostly women. Thus, the application of social mobilization as an approach to our chosen interventions will address these risk factors and reverse the impact of alcoholism on our communities.

The first step is to engage in advocacy and awareness creation. The objective here is to engage the community and its leaders; religious, traditional and government through persuasion, negotiation, lobbying and problem solving techniques. The alcohol victims should also be reached. There is need for them to understand that alcoholism is a disease and that it can be cured. The essence here is that it is critical that any intervention be effective to both the abusers of cheap liquor, regulated or otherwise. It is also important that any intervention wins the support of the local leaders. Consequently, ownership of the intervention processes and activities are owned by the community.

Social marketing should be the next phase. The interventions settled on should be such that they are effective, efficient, equitable and sustainable over and above being acceptable to the communities in which they are implemented. The services that would be offered be it general counselling or in rehabilitation centers should be of standard quality, easily accessible and affordable to the addicts.

The government and indeed the communities should be encouraged to come up with educational programs that aim at informing alcohol abusers not only on the dangers associated with alcohol abuse but the fact that social enjoyment does not necessarily equate to being out of their heads on drink. All education or information should be conducted or given in a way that is most palatable to the recipient, to enhance its impact and effectiveness.

Victims of alcoholism should be rehabilitated. Rehabilitation centers should be established in the communities and equipped with counsellors who will offer highly professional services that will point to the path of behavioral reform. The centers can double as training centers that will empower those undergoing rehabilitation with new ideas and equip them with skills to be economically productive. After completing the rehab, these people will need to be integrated back in the communities, which will be easier if they are armed with income generating skills to enable them find their footing and be valued in their communities.

On the policy level though, the government should set a minimum pricing regime for alcohol, and establish tighter controls on advertising and effective regulation of the alcohol industry. Overall, the people of Kenya should know that responsible and healthy drinking is feasible only if interventions are efficient and effective.