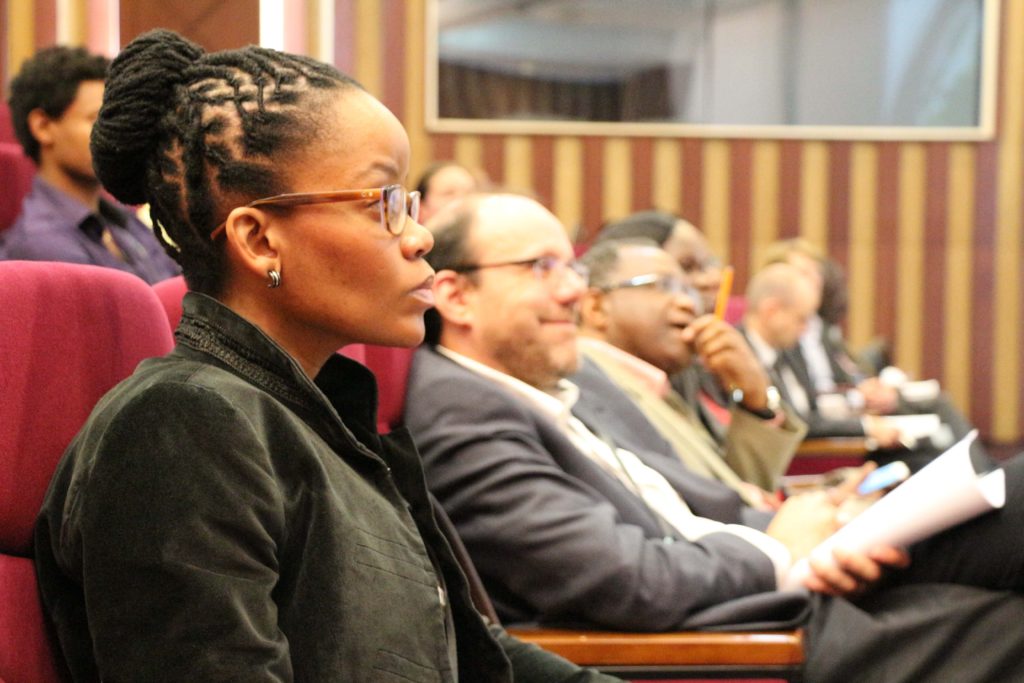 Cultivating The Next Generation of East African Researchers

The three-day Summit featured more than 30 research papers showcasing rigorous evidence from East Africa and policy lessons gleaned from the Agriculture Technology Adoption Initiative (ATAI) portfolio. The Summit also included a media training for researchers, on how to translate evidence for mainstream audiences, and concluded with a discussion on how Kenya can use rigorous evidence to ensure the country reaches its Vision 2030 goals.

With more than 100 researchers, NGO representatives, policymakers and partners in attendance, the transformative element in the Summit was the push for robust evidence to inform concrete, actionable steps going forward. The Summit was led by EASST, a network of East African universities and research institutions with a mission to promote rigorous evaluation of social and economic development programs in East Africa. Administered by CEGA and Makerere University in Uganda, EASST aims to empower the next generation of East African researchers to conduct rigorous evaluations of development programs in the region, and translate their findings into better public policies and programs.

“A research community produces much more rapid scientific progress through collaboration,” said Ted Miguel, CEGA faculty director. “Being part of a network is important, and has led to research having a direct policy impact as a result of the tight-knit relationships researchers have had with policymakers from the outset.”

As other partners pointed out, this kind of collaboration is exactly what took place at the Summit. Showcasing findings in the fields of health, education, inequality and economic growth, researchers presented the results of an active year of exhaustive research cooperation, while discussing needs on the ground with leading government officials and ministries.

The most salient part of the Summit was the role the EASST Fellows and local African researchers played throughout; both in leading research projects and collaborating with policy makers. Ted Miguel captured the sentiment well, “we need informed African voices and research addressing African challenges. Out of EASST will come some of the leaders of the next generation who will pioneer work in the field of development and pull research up to where it belongs in East Africa”.

For all the organizations that participated in the Summit, this notion is clear: nourishing the next generation of African researchers is a priority. “In my experience,” says Fitsum Mulugeta, one of the first fellows to participate in the program, “the EASST Network promotes and fosters true collaboration. We, African researchers, bring our experience and deeper understanding of the region to the table while US researchers bring their technical skills, experience and network so that we can jointly come up with a more rigorous research output both for academic goals and to better inform policy.”

To strengthen the network and further these collaborations, the EASST Network is working with IPA, the World Bank’s Africa Region and the Strategic Impact Evaluation Fund. Discussions that took place during the Summit among these partners concluded with four key priorities for the collaborative going forward:

The need for rigorous data for policy development in Africa is prevalent, but so is the presence of a community working to address this need. If readers take one message away from the Summit, then it’s this: the only way we can ensure evidence-based policy development in East Africa is by securing a strong contingent of African researchers, facilitating collaboration with international academics and providing dialogue opportunities with African policy makers.

Original post by Alexandra Orsola-Vidal, Global Networks Director at the Center for Effective Global Action, can be found on the Berkeley Blog. The 2015 East Africa Evidence Summit was held from July 8-11 at the African Population and Health Research Center in Nairobi, Kenya.