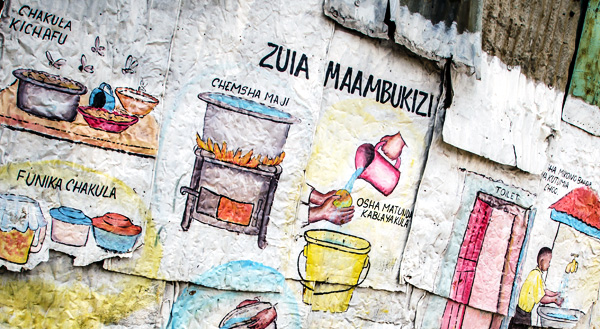 Are Urban Children Still Healthier Than Their Rural Counterparts?

Urban dwellers in developing countries are said to have better health outcomes than rural residents. This is because conditions that affect health including socio-economic status, infrastructure, health-care services, water supply, sanitation, housing and food security, have tended to be more favourable in urban than in rural areas.

However, in the last few decades, rapid urbanisation amidst declining or stagnating economies in sub-Saharan Africa has meant that majority of urban residents in sub-Saharan Africa now live in slums. These slums are characterized by deplorable living conditions including poor livelihood opportunities, poor environmental and living conditions, poor infrastructure and high levels of food insecurity. These conditions in urban slums are likely to have already taken away the urban advantage.

The urban advantage in child health outcomes has been a key topic in the XXVII International Population Conference, 26-31 August 2013, Busan, Korea. Using data from the Kenya Demographic and Health Surveys (KDHS), my presentation discussed trends in childhood mortality (infant and under five mortality) over a period of 30 years from 1979 to 2008, exploring whether the urban advantage still holds. For example in Kenya, childhood mortality rates have nationally declined in both rural and urban areas over this time period. However, the decline has been more rapid in rural areas, thereby narrowing the gap between mortality rates in rural and urban areas. While in the period 1979 to 1983 there were significantly higher rates of childhood mortality in rural areas, this gap closed by 2008.

Key contributing factors to the narrowing of the gap include the improvement in exclusive breastfeeding rates, use of insecticide treated nets and health seeking for childhood illness in rural areas.

My presentation concluded with a call to all working towards millennium development goal (MDG) number four, aimed at reducing child mortality by two-thirds by the year 2015 from 1990.  While it is important for governments to address the factors influencing child survival in both rural and urban areas, concerted effort needs to be put in urban slums, particularly in provision of services such as water, sanitation and health care.