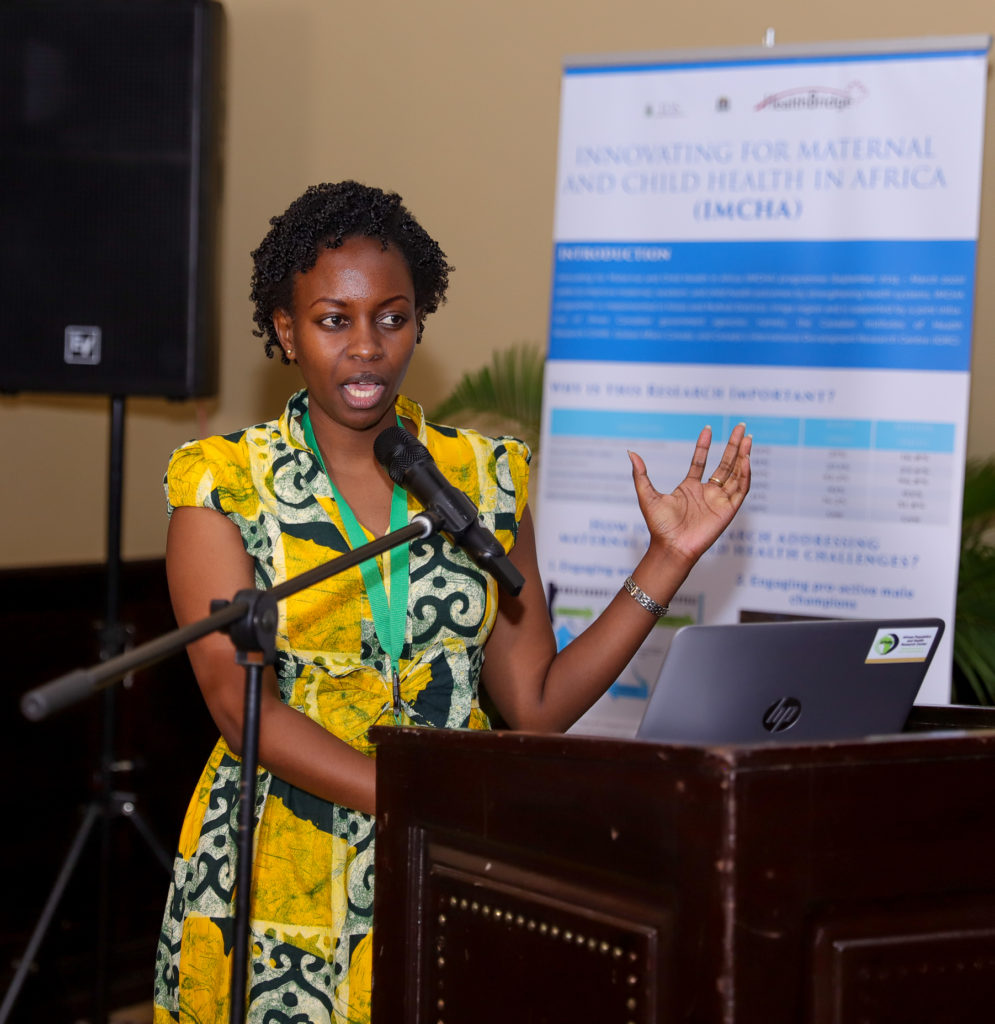 Our policy engagement and communications work is founded on a solid foundation of proven evidence-informed decision making that has helped transform lives in Africa. We have effectively engaged policy actors and scaled up our initiatives to the continental and regional levels. We have effectively engaged with institutions such as ECOWAS, EAC, SADC, NEPAD, and the African Union.   In addition, we maintain strong alliances with critical national and pan-African civil society organizations. We have strong collaborations with grassroots organizations, and local and federal governments, while effectively positioning APHRC as the top African think tank influencing domestic health policy in Africa.

We continue to deepen our engagement with policy actors in government by formalizing existing relationships as evidence and learning partners and by strengthening our skill set to support continual and sustained attention with relevant government departments. Our approach seeks to deliver significant and sustainable impact through mainstreaming co-design, co-creation, and joint implementation of programs with key stakeholders.

Challenging the Politics of Social Exclusion in Africa

Challenging the Politics of Social Exclusion (CPSE) is a four-year program funded by the Swedish International Development Agency (Sida). The project supports the constellation of government and civil society actors working to overcome the barriers and advance the full domestication and realization of continental sexual and reproductive health and rights (SRHR) commitments – in pursuit of development that leaves no one behind.

Under CPSE, APHRC acts as a critical and neutral knowledge partner to key actors at the Africa-region level, at the sub-regional level in Eastern, Southern, and Western Africa, and in seven countries:  Burkina Faso, Kenya, Liberia, Malawi, Rwanda, Sierra Leone, and Zambia.

The East African Community (EAC) is a regional intergovernmental organization of seven Partner States: the Democratic Republic of the Congo, Burundi, Kenya, Rwanda, South Sudan, Uganda, and the United Republic of Tanzania. It is headquartered in Arusha, Tanzania. Through our partnership with the EAC, we have achieved the following:

APHRC signed an MOU with the Southern African Development Community (SADC) – Parliamentary Forum in 2020 under the CPSE project. The APHRC  works with the Secretariat through the Office of the Secretary-General and the Center has received observer status at the Plenary Assembly since 2019.

We engaged the Parliamentary Health Committee in Malawi and presented the findings of the Pregnant and Parenting Adolescents (PPA) study. This was preceded by a play session of the Mbeteza game where about 20 members of the committee participated and were able to put themselves in the shoes of the pregnant girls which lent insights to the discussions at the meeting in the guidelines for PPAs such as school reentry programs and cash transfers.

APHRC presented a brief reviewing the Marriage 2019 Bill and assessing whether its provisions mirror the SADC-PF model laws for ending child marriage and protecting children already in marriage. The brief was distributed to parliamentarians in June 2020.

A brief on parental leave that contributed to the debate on the amendment of the Employment Act to make it more inclusive was presented to the Parliament of Botswana (SADC PF) by the CPSE team.

Stakeholders meeting on the implementation of the Nairobi High Court Petition No.266 of 2015 on the Standards and guidelines for reducing morbidity & mortality from unsafe abortion in Kenya in Nairobi on January 24 2020. The CPSE team contributed to deliberations on the efforts needed to guarantee access to safe abortion in Kenya. We discussed the need for work plans on the steps to ensure the gains made with the court decision remain permanent.

Public hearing held by the Kenya Senate Committee on Health in March 2020 to obtain public input to the proposed Reproductive Health Bill, 2019. APHRC provided oral comments on the Bill’s provisions on adolescent sexual and reproductive health and abortion and presented a written brief with our comments to the senators. The Kenya Senate Committee on Health committed to considering our recommendation and to contacting us when the need arises.

In November 2021, the 19th African Charter on the Rights and Welfare of Children CSOs forum adopted three recommendations on adolescent SRHR from CPSE lead policy dialogues in a communique to the ACERWC and endorsed APHRC’s nomination as the lead thematic organization on Health matters at the forum. The recommendations proposed were drawn from CPSE’s lived experiences survey of pregnant and parenting adolescents in Malawi and the ESA commitment dialogues. APHRC has participated in these dialogues and used them to engage the African Union Committee of Experts on the Rights and Welfare of Children (ACERWC) on policy advisory on children’s right to protection and participation.

There was an age of consent for SRHR services for young people in sub Saharan Africa dialogue in February 2020, in Harare, Zimbabwe. The CPSE team worked with HIVOS to assess the legal and policy frameworks for the age of consent to SRHR services, including the political and sociocultural debates ongoing in Kenya, Malawi, South Africa, Zambia, and Zimbabwe. Participants developed key principles that should guide country-level discussions around the age of consent. An advocacy strategy and a plan of action were also developed for each country. As a follow up to this event, a petition was submitted to the Zimbabwean parliament, indicating how the lack of legal and policy clarity on age of consent to SRH services hinders adolescent access. The petition also urged the legislators to enact rights-based laws granting all people access to SRH services without discrimination on the basis of age.

A webinar convened by partners (APHRC, SADC-PF, UNAIDS, UNFPA, UNESCO, AfriYAN) themed ‘Delivering on the Commitments of the Tshwane Declaration engaged with Speakers of National Parliaments’ responded to young people’s SRHR challenges and needs in times of COVID-19. It was a platform for young people to speak about their SRHR issues with policymakers and commitments set out in the Tshwane Declaration were taken forward.

APHRC led the Kenyan process of the development of the National Sanitation Management Policy, in line with the African Sanitation Policy Guidelines (ASPG), developed by the AU through the African Ministers Council on Water (AMCOW), and SDGs. This made Kenya the first country to develop such a policy, in line with ASPGs. Essentially, APHRC supported the entire process, worked with other partners by building their capacity to engage, while allowing the government to take charge of the process. This success is being replicated in Malawi and Mozambique and in addition to AMCOW using Kenya as a case study to support other African countries.