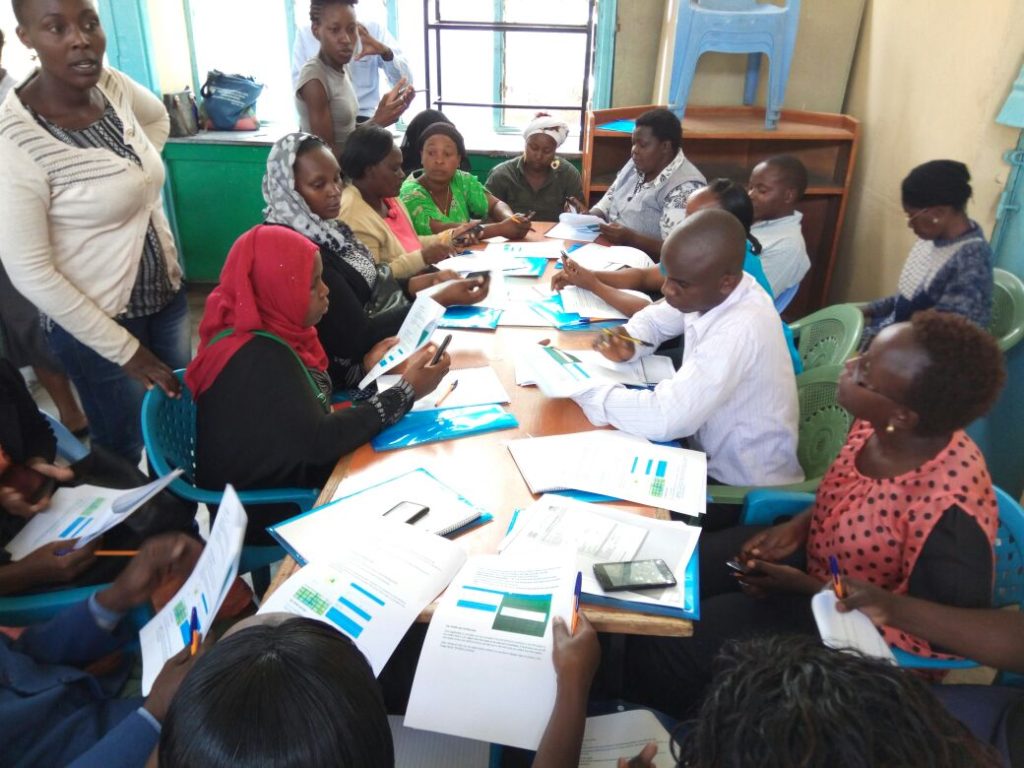 A Mobile App That is Saving Mothers and Newborns Lives 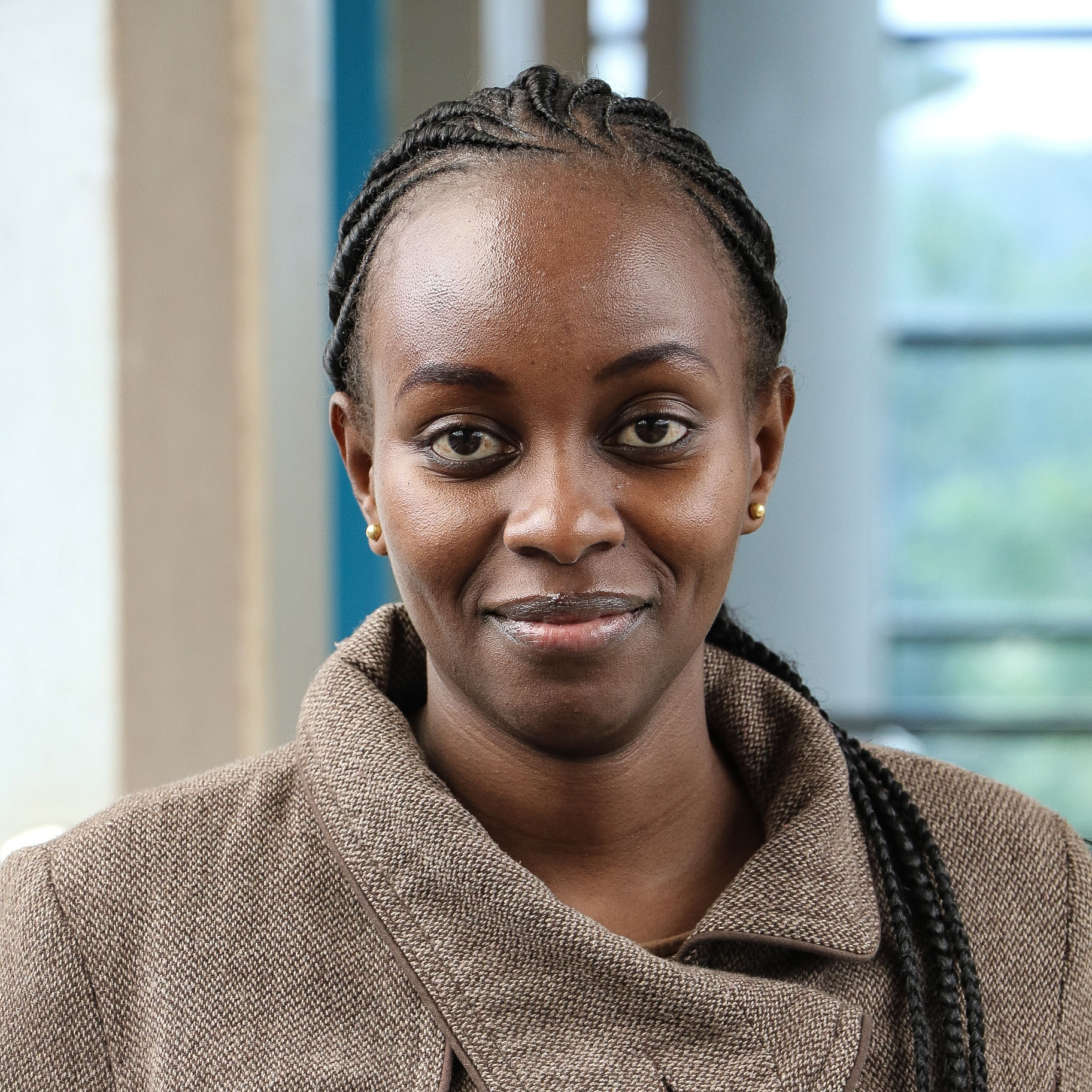 Pregnancy and childhood is a way of life. Unfortunately, in the developing nations like Kenya, many mothers still die while giving life. According to the 2014 Kenya Demographic and Health Survey (KDHS), the Country’s maternal mortality ratio (MMR) stood at 362 deaths per 100,000 live births. In other words, for every 1,000 live births in Kenya, approximately four women died during pregnancy, during childbirth, or within two months of childbirth. The lifetime risk of maternal death indicates that approximately 2 percent of women, or about 1 in 67, will have a maternal death.

There are considerable disparities in maternal mortality between counties. According to a 2014 survey by The United Nations Population Fund (UNFPA), the county with highest maternal mortality has 20 times the deaths of that with the lowest. The fifteen counties with the highest number of maternal deaths and highest maternal mortality ratio contribute over 60 percent of the national total. They include: Mandera, Turkana, Wajir, Nairobi, Migori, Nakuru, Siaya, Kisumu, Homa Bay Kakamega, Marsabit, Lamu, Garissa, Taita-Taveta, and Isiolo. While historically marginalized arid and semi-arid counties feature prominently in this list, Nairobi County stands out as an odd inclusion. Being the economic and political capital of Kenya, it is shocking to note the high number of maternal deaths that occur in Nairobi. Like many other health indicators, the burden of maternal mortality is heaviest among the poor living in urban informal settlements.

African Population and Health Research Center (APHRC) works in Kamukunji sub-county, one of the suburbs with a large concentration of informal settlements. Here, data from the District Health Information System, DHIS, will show you that in 2016 there were nine mothers who lost their lives during pregnancy, at birth or soon after. The sad fact is that most of these maternal deaths, mostly caused by bleeding before and after giving birth, and rupture of the uterus, can be prevented with an early diagnosis which can only be achieved if mothers have timely access to a health facility.

But here in Kamukunji, pregnant mothers and their newborns experience delays in accessing health care. For instance, it is recommended that pregnant women should attend at least four antenatal clinics. However, according to a baseline survey conducted between November 2016 and January 2017 by APHRC, only 51.8 percent attend the four times. It is the same for post-natal care where only 16.7 percent attended while those who sought the care for their babies at least twice were 52.1 percent. This is because there is a weak linkage between the community and health facilities. There is also poor follow-up on pregnant mothers and newborns to ensure they receive the services they have been referred for. In some cases, even if the patients follow through with referrals, they do not receive the services they require.

To address these challenges, the APHRC, through funding from the County Innovation Challenge Fund (CICF), is implementing the “Access to Maternal Newborn Health” project. Running from March 2016 to December 2017 in Eastleigh Airbase, Eastleigh South, Kiambiu, Okoa Maisha Community Unit and Pumwani Majengo, the project uses a mobile App, named mPAMANECH, to provide speedy access to health facilities. Fifty community health volunteers, CHVs, have been trained on how to use the mobile Partnership for Maternal, Newborn and Child Health, mPAMANECH, which eases their work of linking the community to the health facilities. The App is installed in the CHV’s smartphones, who are then provided with internet bundles to facilitate their data collection and patient referral work. 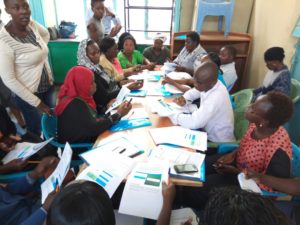 “APHRC is interested in promoting the use of data for decision-making, especially by data generators. CHVs already collect a lot of data in their day to day work. We felt it was important for them to use the data to make instant decisions. This increases their motivation not only to collect good data but to see its value. It also makes their work and that of the sub-county health management team more efficient by negating the need to process data manually,” says Dr Catherine Kyobutungi, the Director of Research.

“In another project, we demonstrated the feasibility of CHVs collecting data using a mobile application. It was, therefore, noted that adding a decision support module was the next logical step. The mPAMANECH App has an inbuilt system that is based on the same decision-making protocols CHVs use during home visits,” she added.

The innovative App has become an instrumental tool for CHVs’ referral of mothers and newborns whenever a complication occurs. But just how does the community health volunteer know which women have life-threatening complications? The App helps in this. The CHV’s work is to interview the mothers about their health and that of their children. They then record the responses in the mPAMANECH application. The App analyzes the data according to a standard protocol on management of pregnant mothers, newborns and childhood illnesses. Once a danger sign is indicated, a mother is automatically flagged for referral.

The App comes with a list of referral facilities including Kenyatta National Hospital, Mama Lucy and the Pumwani Maternity. The mothers or the caretakers are at liberty to select a facility of their choice. And to ensure the smooth running of the referral system, three clinicians in each of the five health facilities within Kamukunji sub-county have been trained. The facilities are Bahati Health Centre, IOM Clinic, Biafra Lions Clinic, Eastleigh Health Centre and Pumwani-Majengo Health Centre. These facilities receive, real-time, details of the client who has been referred by the CHVs through the App. On arriving at the facility, the clinician interviews the mother again to confirm their symptoms and signs. The innovative App is all seeing; it is designed to alert the CHV within 24 hours if a client they referred has not yet visited the health facility. At the same time, it allows the clinician to alert the CHV if there is a need to follow-up on a particular client for support.

So far, through the App, the CHVs have followed up 307 mothers out of which 88 with danger signs have been referred, treated and are being monitored at home. Now, referring a pregnant mother with life-threatening complications is as easy as swiping your smart phone’s touch screen. The added advantage is that the App helps in documentation and the tracking of feedback within the referral process. All information in the application is also accessible to the Ministry of Health at the sub-county level.

The APHRC’s innovation is one among 13 projects that the CICF is investing in with the aim of catalyzing increase in access to and utilization of quality MNH services within the unique socio-demographic contexts. It is envisaged that by end of implementation, the project will generate evidence that demonstrates successful new approaches to improving delivery of quality maternal and newborn health services in urban informal settlements such as Kamukunji.