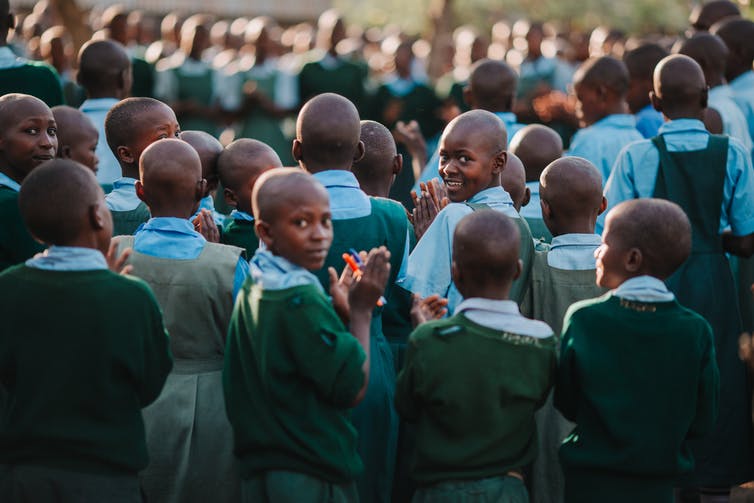 Some Kenyan schools are dangerously overcrowded. What must be done

A stampede at a primary school in Kenya resulted in the deaths of 14 young children. Though there’s speculation over why the children died, it highlights the issue of overcrowding in Kenyan schools. The school had 3,128 pupils and 51 classrooms – on average classes would have over 60 students in them at a time. Maurice Mutisya shares his insights with Moina Spooner from The Conversation Africa on just how bad the overcrowding situation is and what can be done about it.

How big a problem is overcrowding in Kenya’s schools and what’s behind it?

Overcrowding in primary and secondary government schools in Kenya has been an issue of great concern.

The cause of this overcrowding can be traced back to the introduction of free primary education in 2003. The government wanted to ensure all Kenyans could go to school and abolished school fees.

We are also seeing similar patterns in secondary schools, more so since the government in 2018 introduced a push to achieve a 100% transition rate from primary to secondary school. This meant that in 2019, almost 200,000 more students transitioned to secondary school compared to 2018. Unfortunately, the growth is happening in already overstretched schools that don’t have enough resources or facilities to meet the growing demand.

The national average classroom size is about 38 students. When looking at Africa as a whole, there are more than 50 students per class in primary schools in countries with data.

But, while Kenya’s case may look good, huge disparities exist between counties as well as between the rural and urban areas. For instance, Turkana has on average 92 learners per teacher, while Mandera had 80 and Garissa had 67. These are extremely crowded classrooms. In contrast, counties like Nyeri, Machakos, and Nairobi have 25, 32, and 40 respectively.

Crowding is also more common in schools in urban poor areas, where there are many more students and not enough schools. The crowding in these settings has led to parents seeking out low-fee private schools. A study by the African Population and Health Research Center shows that on average almost half of the children from poor urban households in five major urban areas – Nairobi, Mombasa, Kisumu, Eldoret, Nyeri, and Nakuru – are enrolled in low-fee private schools.

What are some of the consequences of overcrowding?

Overcrowding can have severe negative consequences for the education and the safety of learners.

Classes are larger and this usually leads to a drop in student performance because teachers do not have enough time to meet the individual learning needs of each child.

Overcrowded classrooms and schools can also lead to poor student behavior – such as absenteeism or lack of interest – because teachers can’t control or monitor the behavior of all learners.

The consequences are not only felt by learners, but also by teachers. They have more workload and this can be demotivating.

In addition, there are safety concerns in the schools. In emergency situations, overcrowding can make it hard to evacuate people safely. While the Kenya schools safety guidelines call for disaster and emergency preparedness for all schools, response to any eventuality may be hampered when schools sizes are large than usual.

Overcrowding can also lead to high rates of disease transmission, such as tuberculosis and pneumonia.

How is the government trying to address the problem?

The Kenyan government has taken steps to expand existing infrastructure and build new schools. But this hasn’t had much impact.

For instance, between 2012 and 2016, the number of public primary schools grew by just 13% to 22,945. By comparison, private schools grew by 64.5%. Public schools aren’t growing fast enough for the millions of students that need them.

The government also engaged with development partners in an effort to expand access. Private schools play a critical role in bridging the supply gap, hence reducing overcrowding. While this could help reduce overcrowding in some areas, it only benefits those that can afford it.

The government must ensure that it can provide quality public education to all. Among the urban poor, low-fee private schools are used as a result of excessive public school demand and concerns over quality.

Is there anything else that can be done?

There is a need to learn from countries that have managed to address the problem of overcrowding. Sometimes this may require radical decisions such as adopting a double shift school system, where some learners school in the morning and the others in the afternoon. This may, however, be relevant in areas where overcrowding is common.

The government has also set out safety standards for schools to ensure learners are not exposed to otherwise avoidable risks. These standards must be better enforced and monitored to ensure compliance.

The government must also work more closely with school administrators and communities to explore potential solutions given their understanding of the local contexts and needs.