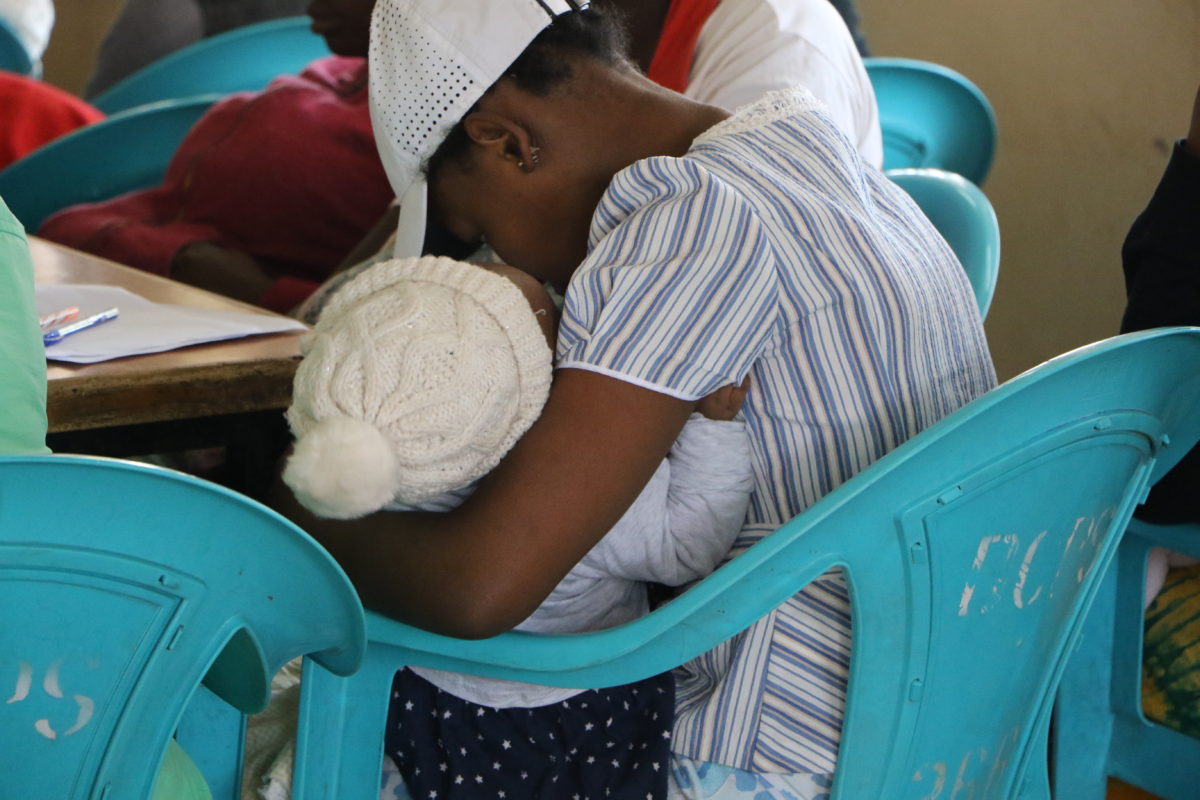 What is the fate of teenage mothers in their quest to access education in Kenya?

“I had my first child when I was 13 and dropped out of school. Since I had to fend for my baby, I decided to wash clothes for a living and this is how I got pregnant again. The man I was washing clothes for promised to take me back to school if I had an affair with him,” says Ruth*, a fifteen-year-old Standard eight leaver.

Ruth’s story is one among many horrific tales of young mothers who reside in the informal settlements of Nairobi. Education is a basic right for all in Kenya, however, it is not enjoyed by most teenage mothers who drop out of school despite the existence of the National School Health Policy and the School Re-Entry Policy and Guidelines that provide for these girls to enjoy their right to education. Implementation and monitoring of the school re-entry policy, the national school health policy, among others is important in curbing the rising rate of teenage pregnancies.

According to the Kenya National Bureau of Statistics (KNBS 2014), one in every five girls between 15-19 years has begun childbearing or already has a child and approximately 13,000 teenage girls drop out of school every year due to pregnancy. A study by the Population Council highlighted that 70% of out of school girls from Homabay County report pregnancy as the main cause of their schooling status.  Numerous factors such as the disharmony between the provisions of the national school health policy and the re-entry policy among others have been linked to this unfortunate state that deprives girls of their childhood and prevent them from exercising their right to education thus compromising their future wellbeing and that of the communities they live in. Furthermore, teenage pregnancy aggravates their vulnerability to poverty, exclusion, and exploitation.

Why teenage mothers need to be in school

‘Kuteguka sio kuvunjika guu’ goes a Swahili saying. Life even after a teenage pregnancy continues and every girl has the right to re-pursue education as far as she can go.  Existing evidence points out numerous benefits that accrue to girls and women when they attain an education. According to a 2013 UNESCO study, if all women in poor countries had a secondary school education, child mortality would be reduced by half. Moreover, 60 percent fewer girls under age 17 would get pregnant in sub-Saharan Africa, South and West Asia if they had a secondary school education.

In Kenya, despite the existence of policies that support the re-entry of young mothers back to school, their plight remains dire. The National School Health Policy and the School Re-Entry Policy and Guidelines stipulate the laid – out procedures to be followed if a girl falls pregnant and/or drops out of school. However, implementation has not fully been effected owing to several challenges and barriers, such as lack of awareness of these policies by those meant to enforce them; negative attitudes and perceptions of communities, parents and school personnel against teen mothers; and failure by some school heads to divulge policy provisions for the fear that this might promote early sexual activities in schools.

So what are we doing about this as a society? Nelson Mandela once said that ‘There can be no keener revelation of a society’s soul than how it treats its children’. ‘If given a chance to go back to school, I will be happy – I want to become a nurse’, says Ruth. For her and other young mothers who are yearning for a second chance at rewriting their narratives, they need the support of all the stakeholders within the education sector.

A holistic multi-sectoral approach is key to promoting access to education among teenage mothers. The Ministry of Education and other line ministries including the Ministry of Health among others should enforce relevant policies. More so, parents, schools, communities and Non-Governmental Organizations, at large need to come together in their collective responsibility to ensure that all children go to school. Communities and parents ought to support school heads and teachers in their implementation of government policies and encourage dialogue to address the prevention of unintended pregnancies as well as changing the negative perceptions associated with school re-entry.

Sensitization of communities on the provisions of the policies as well as regular guidance and counseling of parents on how to nurture and care for their adolescent children will go a long way in creating a supportive environment.

The discussions around teen pregnancy need to expand from the girl child to include boys as they too are complicit (in situations where it was consensual). It is alarming that even where fellow students are reported to be the fathers to the children born by their schoolmates, in most cases, only the pregnant girls bear the backlash from the school and community. All learners need to have equal access to education opportunities.

Furthermore, development partners and other education stakeholders need to design interventions and programs that are holistic and responsive to the needs of teenagers and young mothers. Mentorship, guidance and counseling and creating safe spaces in schools for boys and girls to talk about the challenges they face with their sexuality and offering the appropriate knowledge will enable them to make informed decisions.

Ruth deserves a second chance and so do the young mothers in our society- to re-write their narratives, get a good education, break the cycle of poverty and ensure that they secure a bright future for themselves and their children.

*not her real name