Nawiri: In search of sustainable solutions to acute malnutrition 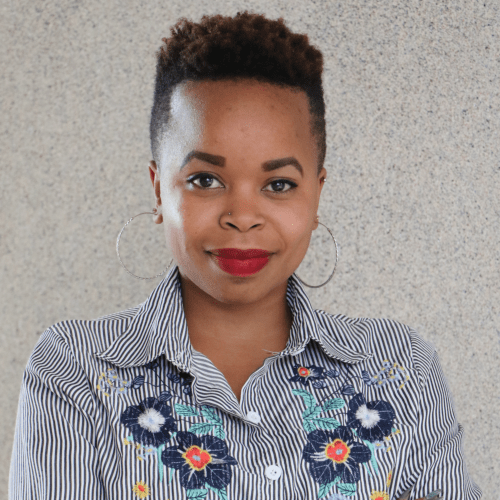 In recent years, drought has become almost synonymous with the Horn of Africa. Thousands of lives and livelihoods lost, and millions others displaced as repeat cycles of drought wreak devastation across the region. In time, the dry spells have become more harsh and frequent, leaving many communities vulnerable to the vagaries of the subsequent famines, especially where social and economic safety nets are limited or unavailable.

In Kenya, most of those who bear the greatest brunt of drought inhabit the arid and semi-arid lands to the North, where rainfall is scarce and sources of water are few and far between. Nomadic animal husbandry is the mainstay for many, with few fishing communities living around the lakes and rivers that dot the landscape.

With climate change slowly making its impact felt, landscapes and weather patterns are changing, as dry spells get longer and rainy seasons become shorter and more erratic. This shift means that for many who rely on the land for food and livelihoods, life as they know it is constantly under threat.  Pastures and water sources are under considerable pressure, potable water has become scarce and women and young girls have to walk longer distances in search of water. The resultant mass reduction of animal stocks means that sources of nourishment such as milk exposes many vulnerable members of the community such as young children and the elderly to sickness, hunger and malnutrition.

Poor nutrition has long-term effects on child survival and development, including mental growth. In Kenya, 1.82 million children under five years are suffering from chronic malnutrition. While the country has made significant strides- with malnutrition rates falling from 35 percent in 2008 to 26 percent in 2014– It is most prevalent among children 18–23 months, indicating that poor feeding and hygiene and sanitation practices are likely contributors to stunting in that age bracket. Adolescent pregnancy and motherhood is also key driver of malnutrition, with children of teen mothers often suffering from poorer health and nutrition outcomes such as low birth weight and malnutrition in comparison to those of older mothers. With high adolescent fertility rates in the northern counties, this is a considerable factor in the development of food security and nutrition interventions.

It is for this reason that the Nawiri Consortium, with the support of USAID, is carrying out a longitudinal survey across Samburu and Turkana counties, two of the areas most affected by persistent acute malnutrition in Kenya. The survey which will take place over the course of three years seeks to generate a body of evidence on seasonality of nutrition and its drivers in Kenya’s arid and semi-arid areas (and how these differs across livelihood groups, gender and age-groups). It will also look at health-seeking behaviour, how households deal with shocks such as conflict and disease, as well as surveillance systems. Due to the significant impact the COVID-19 pandemic has had on lives and livelihoods across the globe, the first wave of results is expected to highlight household coping strategies, livelihood adaptation, as well as access and utilization of formal/informal social safety nets.

Borrowing off of the meaning of its name, Nawiri, which means ‘to thrive’ in Kiswahili, one of Kenya’s official languages, the findings of the study are intended to inform decision-making on sustainable solutions to persistent acute malnutrition, both at the national and county levels.

Nawiri: In search of sustainable solutions to acute malnutrition

1
Share
Copyright © 2021.   African Population & Health Research Center.  All Rights Reserved.
APHRC is a 501(c)(3) Registered Non-profit.
EIN: 06-1608361
Guidelines On Data Access &
Sharing
We use cookies on our website to give you the best experience by remembering your preferences and repeat visits. By clicking “Accept”, you consent to the use of ALL the cookies.
Cookie settingsPrivacy policyACCEPT
Review Cookie consent