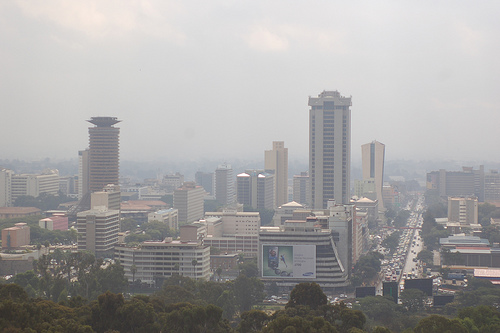 “Clean air is a public good; indeed no other resource exhibits the same degree of ‘publicness’. Land can be parceled and fenced; Water can be bottled; Scenery can be hidden; One can even isolate himself from noise; But man has no choice but to breathe the air around him – polluted or not.” –Anonymous

When the vehicle ahead of you in rush hour traffic puffs a cloud of smoke, do you just wave it off as another poorly maintained car and quietly, but angrily, go about your business? Do you stop and wonder what the regulatory authority is doing about air pollution? Do you ask what car owners should be doing differently? Does it ever cross your mind that this sort of pollution could be the greatest health risk urban residents face every day?

Is air pollution killing us?

Research by the World Health Organization (WHO) indicates that outdoor urban air pollution, mostly from vehicles and factories, accounts for the premature deaths of 1,340,000 people annually. To put it another way, it is as if 55 buses, each carrying 65 passengers crash daily with no survivors.

Research is increasingly showing that car and industrial pollution are linked to cancer, cardiovascular diseases and respiratory illnesses such as asthma and chronic obstructive pulmonary disease (COPD) which impairs lung function and causes lung cancer (1, 2). Some studies also show that air pollution is responsible for low birth weight and stillbirths (3, 4).  Meanwhile, there is growing public concern over the increased cases of cancer and ill health; and questions are being asked about the causes. Yet most people have no idea that they may be breathing in the answer to that question.

We need to ask ourselves: is our ‘business as usual’ attitude when it comes to air pollution hurting our families? Are our healthcare systems ready to deal with millions of people with COPD, asthma, cancer or cardiovascular diseases?

A study conducted in the UK found that vehicles contributed up to 97% of carbon monoxide, 83% benzene; 77% particulates and 75% nitrogen oxides among other pollutants to the air getting into the lungs of London city residents. One wonders what pollutant levels Nairobi residents are inhaling given our lack of controls on vehicular emissions. This is in spite of the fact that health experts have sounded the alarm over increasing mortality from air pollution, which may surpass the number of deaths caused by road traffic accidents in some countries.

Where is the air pollution coming from?

UNEP estimates that 90% of urban air pollution in rapidly growing cities like Nairobi comes from motor vehicles. Vehicle emissions are a mixture of particulate matter (particles), carbon monoxide, sulfur oxides, nitrogen oxides and a wide range of volatile organic compounds. These have both short and long-term effects on human health. A study that measured the levels of pollutants along Nairobi roads found that the population is exposed to particulate matter levels beyond those levels recommended by the WHO.  It is estimated by the WHO that abiding by the recommended levels for these toxins could prevent over a million deaths per year.

What can our leaders do?

There is a lot our leaders can do today to improve air quality in Africa’s rapidly growing urban areas:

Your call, my call

As individuals, we can also make a difference in the quality of air our families are breathing each day by doing the following:

Is there any progress?

On the brighter side, our government has made some wise decisions when it comes to improving air quality such as shifting from leaded to unleaded petrol and to low-sulfur diesel. However, we still need to do more. As we work towards the realization of Vision 2030, let’s clean up our air to help ensure we are all living healthy lives and will be able to live to see this vision made a reality!