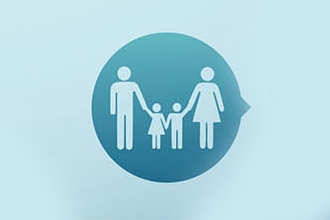 Can family planning interventions change our behavior and “spillover” to people around us? In light of the fact that there are roughly 14 million unintended pregnancies occurring each year in Africa, and in Kenya 44.5 percent of births to women ages 15- 49 are unplanned — something needs to be done to educate, provide, and encourage the use of voluntary family planning programs, and to see how far the knowledge and impact can reach.

Over the last three years, Tupange (the Kenya Urban Reproductive Health Initiative) has been trying to increase contraceptive prevalence rates in Nairobi, Mombasa, Kisumu, Kakamega and Machakos through innovative strategies including  the use of state of art multimedia behavior change communications, integrated delivery of FP services with HIV, maternal, and child health services, and use of public-private sector approaches in supply of family planning commodities. APHRC, the University of North Carolina and their Monitoring Learning and Evaluation partners have been studying which of these innovative ideas work best. The unique partnership between the two groups is what makes the Gates Urban Reproductive Health initiative a fascinating team tackling the issues of voluntary family planning for Kenya’s urban poor.

In this conversation, let’s explore one of the interventions. What exactly are multimedia behavior change communications interventions? Well it means using creative messaging campaigns through multiple channels such as interactive radio shows, television programs, facility posters, educational brochures and fliers to try to influence awareness, and behavior. In this case that means trying to educate and encourage people that are ready to limit the size or spacing of their family to use voluntary family planning methods like modern contraceptives.

To study what methods worked, APHRC completed surveys before and after each of the phases. In particular, MLE and Tupange were keen to know if the first phase of the program had any positive spillover effects— if the women and men of reproductive age residing in Kakamega and Machakos were likely to have been exposed to Tupange family planning messages through impersonal and interpersonal channels even though they weren’t direct participants of the study or located in intervention areas (in this case Kakamega and Machakos).  MLE designed a diffusion study to examine those potential “spillover effects” in Kakamega.

The study included 850 women ages 17-51 years who were surveyed two years ago and now the same woman were surveyed again to test if there are any changes in their exposure levels and family planning use behavior. Preliminary results show that some women in Kakamega have been exposed to some of the Tupange family planning messages that were given to populations in Nairobi, Mombasa and Kisumu.  For example, one half of women surveyed in Kakamega recognized the Tupange program logo compared to 67% of women surveyed in Nairobi and 62% of men in Mombasa. About one half of women in Kakamega had seen a Tupange poster, compared to 42% of women in Nairobi and 33% of men surveyed in Mombasa.  This clearly shows that Tupange’ s investment in family  planning behavior change activities undertaken in the three large cities is actually trickling down to non-study areas,  providing evidence that due to the diffusion  the impact of the program is likely to be higher than originally thought  if it is assessed beyond the intervention areas.

These early results show that other research studies should consider the effect of diffusion when monitoring the impact of their programs and when designing studies in the future. It is easy to forget that with ever increasingly mobile populations migrating from rural to urban and between cities for jobs, as well as the influence of modern technology like mobile phones and the internet—that our ideas and impacts may be traveling farther and faster than we ever thought possible.

The two phase five year intervention project called Tupange, is led by Jhpiego and funded by Bill and Melinda Gates Foundation and is evaluated by the Measurement, Learning and Evaluation Project (MLE). The diffusion study was implemented by the African Population and Health Research Center  (APHRC) and the University of North Carolina Chapel Hill (UNC).