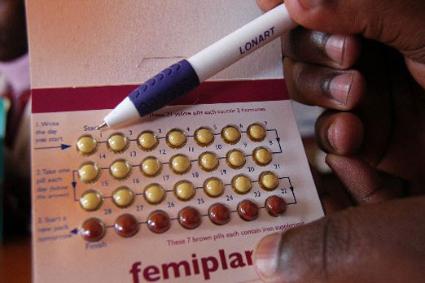 Contraception Day Should be Everyday

Global recognition of the importance of contraception in development is growing. The SDGs, which will soon supplant the MDGs as a global strategy for eradicating absolute poverty, explicitly underscore planned births, smaller families, and access to effective contraception as particularly key to the attainment of goals 3 and 5.  Contraception empowers individuals and couples to take charge of their fertility, decide the number children to have, and schedule the birth of their children. Contraception is not merely about fertility control. It has far-reaching benefits for individuals, couples, households, communities, and the society at large. Significant linkages exist between contraception and maternal and child survival; household wellbeing; and women’s participation in nation-building and career goal attainment.

Despite these vast benefits, the UNFPA estimates that some 225 million women globally want to avoid pregnancy but, for diverse reasons, lack access to safe and effective contraception methods.  Kenya is home to several millions of women who lack access to effective contraception. Maura Graff writes that in the 60s, Kenya was a regional leader in the provision of contraceptive and family planning services, launching the first official national family planning program in sub-Saharan Africa. However, starting from the mid-80s, support and funding for family planning in Kenya plummeted massively, resulting in major reversals in strategic gains. Contraceptive and family planning services in Kenya have yet to fully recover from this hiatus.

Currently, slightly more than half of currently married women in Kenya use modern contraceptives. The prevalence of contraceptives continues to remain lowest among those in greatest need: poor women, rural women, adolescents; women without education, and women who already have large families. Recent nationally-representative surveys in Kenya consistently show that less than 40% of those who have ever had sex have ever used a contraceptive method. 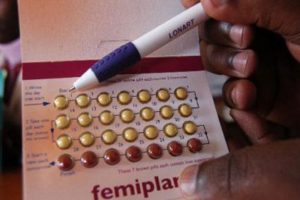 Kenya’s poor contraceptive service system has telling implications. In 2012, half a million induced abortions occurred in Kenya. Seventy-percent of Kenyan women treated for complications of unsafe abortion in the same year were not on contraceptives. Annually, several thousands of Kenyan schoolgirls drop out of school due to unintended pregnancy. Unintended births continue to contribute substantially to population growth in the country. Further, large families remain a major source of pressure on environmental and household resources in several parts of Kenya. Research also shows rising risk of repeat abortion and its dangerous sequelae among girls and women in the country.

Factors at the heart of the current contraceptive crisis in Kenya are legion, ranging from poor political support to missed opportunities to reach those in dire need of contraception. There has also been little commitment in the country to scaling up successful family planning and contraceptive provision programs and interventions. Current research by APHRC shows that contraception is one of the least frequently taught topics in Kenyan public and private schools. Few Kenyan women who undergo treatment for unsafe abortion complications receive contraception upon discharge, partly because of the frequent stock-outs of critical contraceptive products which health facilities in Kenya experience.

A recent study showed that very few providers in public health facilities in Kenya know how to administer long-acting reversal contraceptives (LARC) or perform vasectomy. Poverty and longstanding regional inequities propagate the exclusion of many people from access to effective contraception. In addition to the several myths and misconceptions that circulate about contraception in Kenya, opposition to contraception by the country’s Religious Right remains fierce. Fears that some contraceptives cause cancer, infertility, and hurt people during sex exist alongside widely-held beliefs that contraception facilitates promiscuity and sexual waywardness. Efforts to directly reach young people in Kenya with contraceptives continue to be resisted by different interest groups. Consistent national communication on contraception remains weak in Kenya, with several political leaders in the country continuing to publicly antagonize family planning and contraception.

As we celebrate the World Contraception Day, we must recommit to raising awareness of contraception and improving public education about sexual and reproductive health. Today is thus an opportunity for all stakeholders to reflect on the challenges surrounding contraception and family planning in Kenya with a view to creating a country where every pregnancy is wanted, where families have the number of children they can really take care of, where unsafe abortion is eliminated, and where no girl drops out of school because of an early or unintended pregnancy. Serving Kenyans who currently have an unmet need for contraception would prevent several millions of unintended pregnancies; unplanned births; unsafe abortions; miscarriages; and maternal and infant deaths. And this is very doable.

Bolstering contraceptive and family planning services in Kenya to deliver expected impacts would require conscientious multisectoral action, involving politicians, thought-leaders, researchers, the media, health providers, educators, activists and development agencies, among others. In sum, the task ahead of Kenya in relation to contraception and family planning is clearly very attainable, demanding everybody, not just a section of the country to act, and requiring every day, not just today, to be recognized as a contraception day.